​​along with some more of my murals. In addition, please click on the 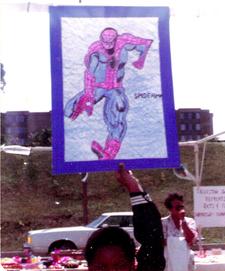 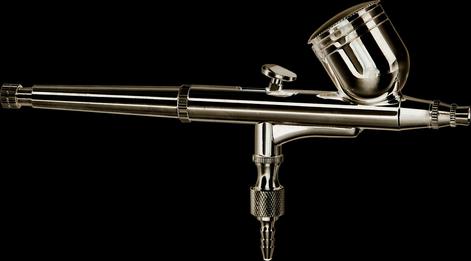 ​​​​Below, you'll find a small collection of some of the masks that I've completed

This is the only photo I have of my first art contest at the age of 8 years old. I ended up winning 1st Place among my age group. This drawing set the stage for who I am today.... and I am still a HUGH Spiderman fan. 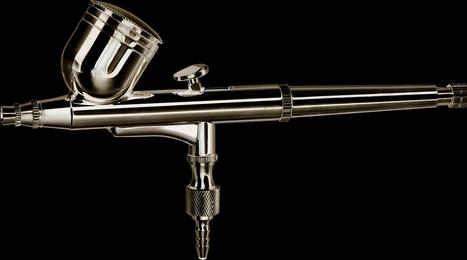 Giant Phaleristics Tab to see my new product that we just launched.

My name is William A. Tanner and I am a dedicated artist who has contributed over 20 years of honorable service to the United States Navy. I started drawing and painting as a child under the instruction of my mother, Kathleen Elder, which grew into my passion. In high school, I stood out among my peers and was presented an award as the Class of 1991's “Most Talented” individual and “The Most Likely to Succeed.” I went on to college to pursue my dream of becoming a successful artist. After completing 1 ½ years at the Art Institute of Fort Lauderdale, Florida, I joined the United States Navy in order to obtain the Montgomery G.I. Bill so that I could pay for the remainder of my college degree. It was through the Navy, that I found many of my future clients, who would go on to commission works of art from me.

While serving on board the USS Independence CV-62, home ported in Yokosuka, Japan, during the summer of 1996, I found myself visiting an art gallery on the island of Honolulu, Hawaii. The name of this particular gallery was Wyland Art Gallery. I was amazed at the accomplishments of this one artist and had dreamed of being in his shoes one day. I then showed one of the proctors working there some of my oil painting photos from high school. I asked him, “Do you think I have the potential to one day be this great?” The proctor stated, “Yes, but I have only one bit of advice for you…. I advise you to start airbrushing. I promise, you will get noticed.” So, on those words alone, I took the proctors’ advice and I immediately invested in airbrush materials while my ship was still visiting Hawaii.

I painted my first airbrush mural on board the USS Independence CV-62 which ended up in an article in the Yokosuka, Japan Naval Base newspaper. This article caught the attention of the management staff of the “Club Alliance,” an Enlisted club on base. They sought me out and hired me to paint a mural inside the club. They were amazed at the result. Afterwards, the Moral, Warfare, & Recreation Office on base, (MWR), continued to contract me to paint various murals throughout the base. I was proud of what I had accomplished thus far, but I still wanted more. So, I began to teach myself the art of special effects make-up and I created several masks of my favorite horror movie character, Freddy Krueger until I felt I had honored the essence of the original make-up.

I retired from active duty from the United States Navy on October 31st, 2014 and I started my own business on May 1st, 2015, "Beyond Imagination Artistry LLC" and more recently, "Giant Phaleristics LLC," founded on August 18th, 2020. Giant Phaleristics specializes in the re-creation of honors, medals and devices for all manners of Military, Law Enforcement, First Responders and "Beyond," worldwide. It has been my lifelong dream to build a successful business as an artist. Now, with the obligations of the U.S. Navy behind me, I can now dedicate the remainder of my life towards my passion. Although my journey has been a long one, I am determined to reach my goals, regardless of how long it may take.